Asparagus officinalis has been cultivated and harvested from the wild for thousands of years and has become an economically important crop. It is depicted on Egyptian tombs dating from the 4th century BC and evidence suggests it was cultivated in ancient Rome.

The common name asparagus derives from the Greek asparagos (and originally the Persian asparag) meaning sprout or shoot, referring to the succulent shoot tips (spears) that emerge in spring. The specific epithet officinalis means ‘of the dispensary’ in Latin, alluding to the medicinal properties of the plant.

In all species of the genus Asparagus, what appear to be the leaves are in fact modified stems (cladodes or phylloclades); the true leaves are the scale-like structures on the stem.

Asparagus officinalis has a long history of use as a medicinal plant. Dioscorides, a first century Greek physician, recommended extracts of asparagus root for treatment of urinary and kidney problems, jaundice and sciatica. Asparagus officinalis was later mentioned in Gerard’s Herbal and was thought to ‘cleanse without manifest heat and dryness’ and ‘increase seed and stir up lust’.

What’s New and Beneficial about Asparagus

Recent research has underscored the value of careful storage and speedy consumption of fresh asparagus. The key scientific finding here involves respiration rate. Like all vegetables, asparagus doesn’t instantly “die” when it is picked, but instead, continues to engage in metabolic activity. This metabolic activity includes intake of oxygen, the breaking down of starches and sugars, and the releasing of carbon dioxide. The speed at which these processes occur is typically referred to as “respiration rate.” Compared to most other vegetables, asparagus has a very high respiration rate. At 60 milligrams of carbon dioxide release per hour per 100 grams of food (at a refrigerator temperature of 41°F), this rate is five times greater than the rate for onions and potatoes; three times greater than the rate for lettuce and tomato; and twice as great as the rate for cauliflower and avocado. Asparagus’ very high respiration rate makes it more perishable than its fellow vegetables, and also much more likely to lose water, wrinkle, and harden. By wrapping the ends of the asparagus in a damp paper or cloth towel, you can help offset asparagus’ very high respiration rate during refrigerator storage. Along with this helpful step, you will want to consume asparagus within approximately 48 hours of purchase.

Wild asparagus (Asparagus racemosus) is a species of asparagus with a long history of use in India and other parts of Asia as a botanical medicine. Many medicinal qualities of wild asparagus have been associated with phytonutrients present in its roots, and especially one type of phytonutrients called saponins. Recent research has shown that the species of asparagus most commonly consumed in the U.S. (Asparagus officinalis) also contains saponins, not only in its root portion put also in its shoots. Saponins found in common, everyday asparagus include asparanin A, sarsasapogenin, and protodioscin. Asparagus even contains small amounts of the diosgenin – one of the best-studied saponins that is especially concentrated in yam. Saponins in food have repeatedly been shown to have anti-inflammatory and anti-cancer properties, and their intake has also been associated with improved blood pressure, improved blood sugar regulation, and better control of blood fat levels.

You may have heard about two foods — chicory root and Jerusalem artichoke — that are widely recognized as providing health benefits for our digestive tract. These health benefits involve a special area of digestive support called “prebiotics” offered by a compound known as inulin. Both chicory root and Jerusalem artichoke contain rich concentrations of inulin, a unique type of carbohydrate called a polyfructan. Unlike most other carbs, inulin doesn’t get broken down in the first segments of our digestive tract. It passes undigested all the way to our large intestine. Once it arrives at our large intestine, it becomes an ideal food source for certain types of bacteria (like Bifidobacteria and Lactobacilli) that are associated with better nutrient absorption, lower risk of allergy, and lower risk of colon cancer. Researchers now know that asparagus belongs among the list of foods that contain inulin. While approximately 5% lower in inulin than chicory root and Jerusalem artichoke, asparagus is a food that contains a valuable amount of unique carb and may provide our digestive tract with some equally unique health benefits.

Alongside of these anti-inflammatory phytonutrients, asparagus provides a wide variety of antioxidant nutrients, including vitamin C, beta-carotene, vitamin E, and the minerals zinc, manganese, and selenium. In addition to the antioxidant nutrients above, this much-loved vegetable may also contain a valuable amount of the antioxidant glutathione (GSH). GSH is one of the body’s best-studied antioxidants; it consists of three amino acids — glutamic acid, glycine, and cysteine — combined into one molecule. At least one published study has estimated the amount of GSH in fresh asparagus to average 28 milligrams per 3.5 ounces. Several studies have compared the overall antioxidant capacity of asparagus to the antioxidant capacity of other vegetables, and the results for asparagus have been impressive. Asparagus compares favorably with many of the cruciferous vegetables like cabbage and cauliflower, and while it ranks lower than some of the green leafy vegetables like spinach, it is still very high on the list of antioxidant foods.

Anti-inflammatory and antioxidant nutrients are some of the best risk reducers we know for common chronic health problems including type 2 diabetes and heart disease. These nutrients are also special risk reducers in the case of certain cancer — a special area of asparagus health benefits that is covered in the following section.

As described earlier in our “What’s New and Beneficial about Asparagus” section, asparagus is unusual as a digestive support food. One key factor in this regard is its inulin content. Like chicory root and Jerusalem artichoke, asparagus contains significant amounts of the nutrient inulin. Inulin is a unique type of carbohydrate called a polyfructan, and in practical terms, healthcare practitioners often refer to it as a “prebiotic.” Unlike most other carbs, inulin doesn’t get broken down in the first segments of our digestive tract. It passes undigested all the way to our large intestine. Once it arrives at our large intestine, it becomes an ideal food source for certain types of bacteria (like Bifidobacteria and Lactobacilli) that are associated with better nutrient absorption, lower risk of allergy, and lower risk of colon cancer. While approximately 5% lower in inulin than chicory root and Jerusalem artichoke, asparagus is a food that contains a valuable amount of this unique carb and can help support our digestive health in this unique way.

Alongside of its unusual inulin content, asparagus is rich in fiber (about 3 grams per cup, including about 2 grams of insoluble fiber and 1 gram of soluble fiber) and also contains a noteworthy amount of protein (about 4-5 grams per cup). Both fiber and protein help stabilize our digestion and keep food moving through us at the desirable rate. (By contrast, too much fat can slow down our digestion rate more than desired, and too much sugar or simple starch can speed it up more than desired. We’re not surprised to see species of asparagus like Asparagus racemosus (commonly known as Shatavari) having a long history of use in treatment of digestive problems in certain healthcare traditions (like ayurvedic medicine), and it makes sense to us that asparagus be considered as a great food for improving digestive support in most diets.

While we have yet to see large-scale dietary studies that examine chronic diseases in humans and asparagus intake, we would expect asparagus intake to show reduced chronic disease risk in two particular areas, namely, heart disease and type 2 diabetes. While there is some preliminary research in both areas, both areas need more attention from asparagus researchers. Our desire to see more research in these areas is based on several factors.

First is the amazing B-vitamin content of asparagus. In our food rating system, asparagus emerges as an excellent source of folic acid, vitamin B1, and vitamin B2 as well as a very good source of niacin, choline, vitamin B6, and pantothenic acid. Because B vitamins play a key role in the metabolism of sugars and starches, they are critical for healthy blood sugar management. And because they play a key role in regulation of homocysteine, they are critical in heart health has well. (Homocysteine is an amino acid, and when it reaches excessive levels in our blood, it is a strong risk factor for heart disease.)

Finally, there is the anti-inflammatory/antioxidant factor. Heart disease and type 2 diabetes are both considered chronic diseases that evolve in relationship to chronic, excessive inflammation and oxidative stress. The outstanding antioxidant and anti-inflammatory nutrient composition of asparagus would seem to make it a no-brainer for inclusion as a risk reducer in both of these chronic disease areas. We expect future studies to establish asparagus as a standout for lowering our risk of cardiovascular and blood sugar problems.

As a result of its very strong anti-inflammatory and antioxidant nutrient composition, we would definitely expect to see a food like asparagus showing up as a risk reducer for certain cancers. Chronic, excessive inflammation and chronic oxidative stress are risk factors for a variety of cancer types, and both unwanted phenomena are related to deficient dietary intake of anti-inflammatory and antioxidant nutrients—exactly the kind of nutrients that are especially plentiful in asparagus. Most of the studies we’ve seen on the anti-cancer benefits of asparagus have been studies on rats and mice, or studies on specific types of cancer cells. For this reason, we would describe asparagus cancer research as preliminary, and not yet validated by large-scale studies involving humans and dietary intake. But the trends in animal studies and cell studies are clear – asparagus and asparagus extracts can change the metabolic activity of cancer cell types, and these changes are protective in nature and related to better regulation of inflammation and oxidative stress. Cancer cells from the liver are best-studied in this regard.

One confusing area of research on asparagus and cancer involves leukemia. And while this arena has focused upon enzymes related to an amino acid in asparagus, rather than asparagus itself, we thought to include information on it here to clarify this arena for you in case you had come across information on this topic.

Leukemia is a type of cancer involving the bone marrow and its production of white blood cells. In leukemia, white blood cells are not produced in a normal way and do not behave in a normal way, and for these reasons are called leukemia cells. One unusual aspect of leukemia cells is their need to obtain a specific amino acid called asparagine from other cells or from the fluid portion of the blood. If leukemia cells can be prevented from obtaining asparagine, they can sometimes have difficulty surviving. In the mid-1950’s and 1960’s, researchers discovered that the injection of an enzyme called asparaginase into persons diagnosed with leukemia could sometimes result in decreased levels of blood asparagine in the blood and selective destruction of leukemia cells through asparagine deprivation. Prescription injection of asparaginase enzymes is still used in treatment of acute lymphoblastic leukemia (ALL). Asparagus has become entangled in this fascinating set of events involving leukemia because the name of the amino acid “asparagine” and the name of the enzyme “asparaginase” clearly imply a connection with asparagus. Both the amino acid and the enzyme are present in asparagus, just as their names imply. However, we are not aware of any research showing a treatment connection between leukemia and dietary intake of asparagus. The only research we’ve seen involves injection of the purified, prescription enzyme medication. In addition, we know that pharmaceutical companies do not use asparagus as a source of the asparaginase enzyme, but rather, rely on bacteria as their enzyme production source. 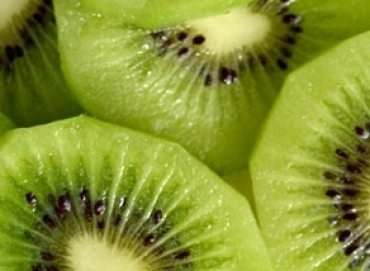